From SAND to MANA, here is a look at the top 5 metaverse coins

Metaverse, a term used to refer to a virtual universe, has seen growing adoption across social media, online gaming, augmented reality (AR), virtual reality (VR), and digital currencies. The Metaverse has gained a huge following after Facebook rebranded itself as Meta. Most recently, Facebook has announced the opening up of Horizon Worlds, its virtual reality world of avatars, to anyone 18 and older in the U.S. and Canada. Users are enabled in the digital space to interact and have a shared, immersive experience. Not only Facebook, but Microsoft has also announced they are "creating an entirely new platform layer, which is the metaverse".

We are seeing institutional adoption beyond cryptocurrencies, with several use cases for the metaverse. Accenture claimed to have "held more than 100 team gatherings" using the interface. They also claimed to have onboarded 100,000 people a year with avatar-powered HR solutions. Other than big gaming stocks such as Take-Two Interactive, we have seen companies like Match Group see growth in their dating stock after investing into their virtual dating world; Single Town. Online Marketing is also being disrupted in the metaverse, likened to the impact social media had. Roblox, dubbed as the YouTube for video games and virtual world development, has seen demand from some of the world's largest advertisers, such as Nike, Disney, Warner Bros. Gucci, as they seek to reach Roblox's audiences.

The popularity of the metaverse has seen a similar growth in metaverse cryptocurrencies. Metaverse cryptocurrencies allow people to shop and even invest in a wide range of virtual assets, such as digital real estate. Metaverse tokens are a unit of virtual currency that can be used to make digital transactions within the metaverse. Some metaverse tokens can be spent only in the metaverse they are tied to and purchased through the virtual universe's in-game store, whilst other tokens are also publicly available on exchanges such as WazirX, Coinbase, and Binance.

Here is a look at some of the most popular coins in the metaverse space right now:

Decentraland is a virtual world you can visit by using your internet browser. The native cryptocurrency MANA helps you buy and sell land in this virtual space. Players in the world own and develop parcels of land and manage them like real estate and investors can buy these virtual plots for a price.

MANA is currently priced at $4.72, having gained over 30 percent since last week. It has a market cap of roughly $9 billion.

Decentraland has also added native support for the Matic network, allowing for transactions with a lower fee. They also held one of the first multi-day music festivals featuring artists like Deadmau5 and Paris Hilton last month.

Sandbox is a full-fledged virtual gaming world where players can earn tokens for completing activities in the world. It is a play-to-earn model. You can earn SAND tokens by completing various quests in the Sandbox world. You can then use these SAND tokens to buy land and other virtual objects.

SAND is trading at around $7. The virtual currency has gained 87 percent in the last week alone. Its current market cap is over $6 billion, per coinmarketcap.

Axie Infinity is also a play-to-earn game, very similar to Pokémon but in a virtual space. In this game, you have monsters that you can breed, sell, buy, trade, and battle other monsters to earn the AXS tokens. The monsters themselves are NFTs that are unique.

Axie infinity's popularity has sky-rocketed in the last six months with a nearly 5,000 percent rise in daily users.

Currently, AXS is priced around $132 with a global market cap of over $8 billion, according to coinmarketcap.

Gala Games is a blockchain gaming space powered by the Ethereum token GALA. Unlike the previous entries in this list, GALA can be used between multiple GALA game participants, meaning you can use the token in multiple games powered by the Gala blockchain.

GALA is priced at $0.635 currently, but it has seen a rise of nearly 90 percent in the last week. It has a market cap of roughly $5 billion. The company is planning to make more games that will use the token, which will probably increase the token's price in the future.

Enjin is an online platform that lets people manage and create their NFTs. It is integrated with many metaverse projects mentioned above. It allows players in metaverse games to use their items across multiple games. When an NFT is minted on the Enjin network, a given amount of ENJ tokens are created, assigning a value to the newly created NFT.

ENJ is currently priced at $3.5, after gaining 15 percent in the last week. It has a market cap of roughly $3 billion. 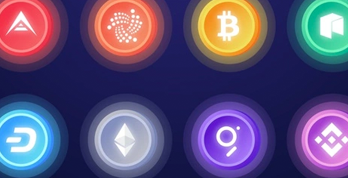 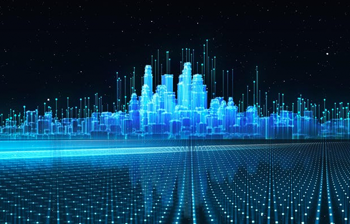 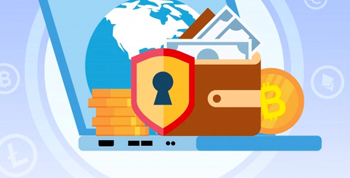